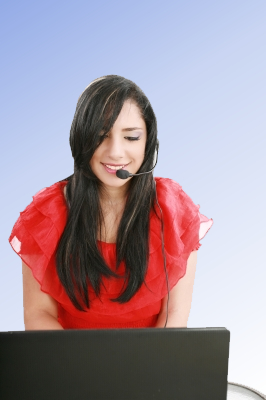 In OriGn, agents carry out the management of the contacts of the different campaigns, departments or tasks, both if it consists in making calls and if it consists in receiving them or in doing some other kinds of interactions (emails, SMS, administrative procedures...) from one only place: the Agent Desktop. Here, everything that they need in order to carry out their work is always just a click away.

Thanks to the Agent Desktop having been carrefully designed to assist them at all times in the most practical and logical way, agents learn to use it in only a few minutes and integrate it naturally into their daily work. So much so that they will just notice it the day they do not have it, the day that chance takes them to work for a company that does not use our software solution. Then they will miss it deeply.

Watch, in the video below, how the Agent Desktop works in general, as well as its application to make calls in progressive mode.

The data-entry form (or forms) that agents fill when so it asks them to do the Agent Desktop as part of the procedures (be they phone calls or of any other kind) of a certain campaign, department or task is created freely by means of the Visual Form Designer. This can be done either by your own staff, if your company's activity requires the continual management of new projects; or by ours, if your activity is well defined and not changeable.

Some examples of data-entry forms are: an order in a campaign of sales by phone; a survey in a CATI campaign; the data of a visit in an appointment setting campaign; a record in the history of interactions of a customer in a campaign, department or task of customer support, etc.

Not only does the Agent Desktop constitute a unified and familiar enviroment for agents, regardless of the campaing, department or task on which they are working (and even more so if it is always the same), but it also takes care of guiding them when they fill the data-entry forms, obeying the entry flow defined through the Visual Form Designer, which makes their work easier and helps to avoid countless errores of all kinds.

The following video illustrates how the Agent Desktop works when the campaign exploits the high productivity of OriGn's Predictive Dialer Server.

If an agent is only receiving calls of one or more campaigns, that is, if he or she is not, at the same time, thanks to OriGn's call-blending option, making calls of another one, the Agent Desktop works as shown in the video below.

If your PBX uses the SIP protocol, which is the major trend currently, your agents will benefit from the integration of our exclusive SIP Softphone with the Agent Desktop.

Watch it in the video below.